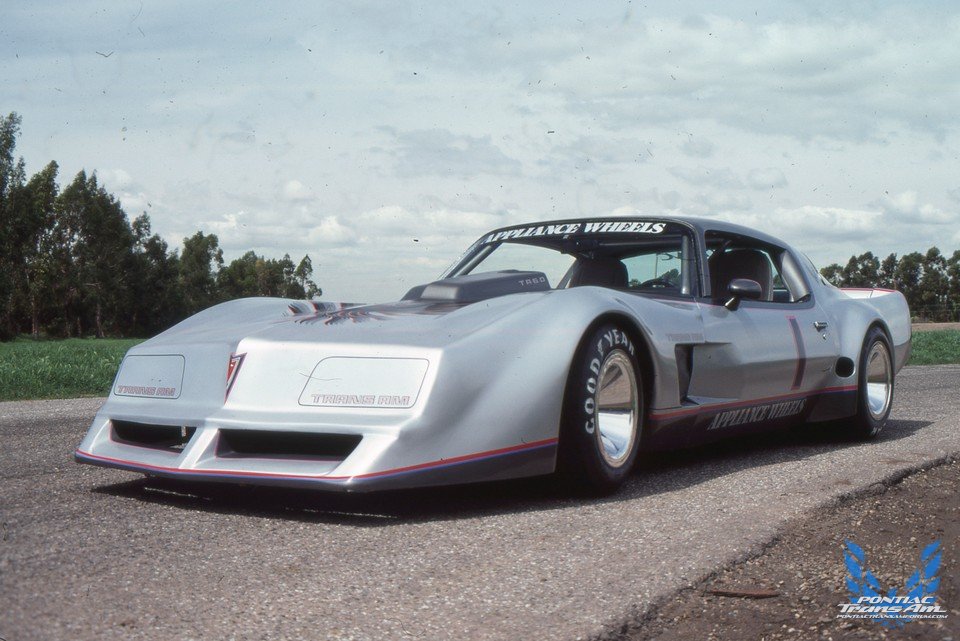 The Siverbird was built by Herb Adams. The car was sponsored by Appliance Wheel Company, who supplied a lot of the special wheels for Pontiac. The scuttlebutt was that since GM had a policy forbidding participation in racing of any kind, that Appliance was acting as a way around this for Pontiac. Again, this was an unsubstantiated rumor.

Silverbird, because of the rules, was required to have a chassis and suspension of the same type as the production model but that was as close as it needed to be. Of course a standard F-Body was of unit body construction. Silverbird used a deep backbone style frame that used the driveshaft tunnel as part of the structure as well as some additional tubular (rectangular steel for ease of craftsmanship) space frames forward and aft.

The front suspension was a custom job designed by Herb. It used fabricated tubular A-arms as opposed to the stamped ones on a production Firebird. Thats pretty much where the similarity ends. Remember, it only had to be of similar design. The anti-roll bar measured 1.3. 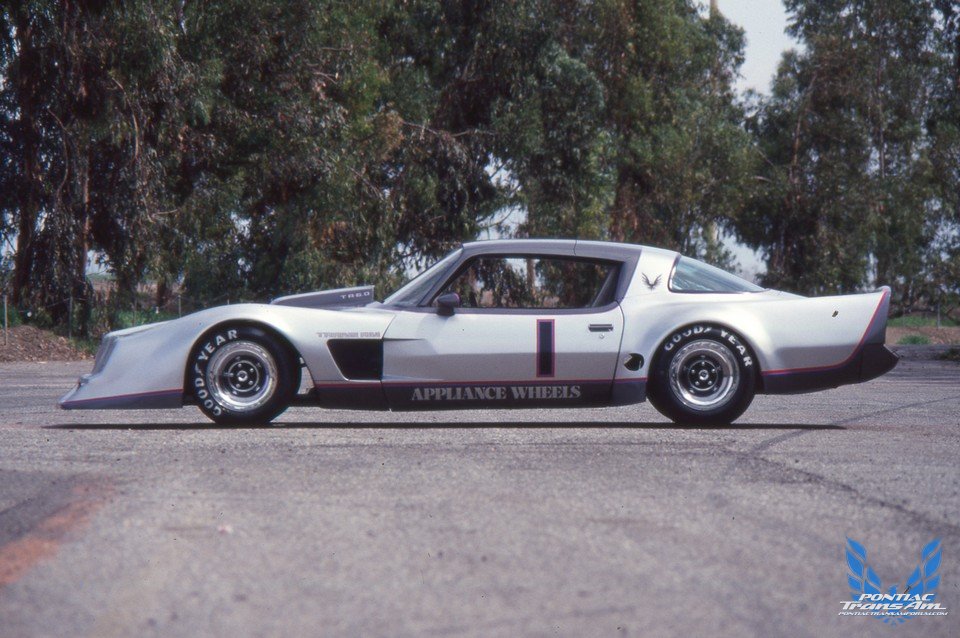 The rear suspension had to be a leaf spring design. Silverbird used beefier springs that could be adjusted to seven different vertical positions in the front and three in the back, similar to a 4-link suspension. This arrangement helped adjust anti-squat, which is important for coming out of corners.

The amazing part of the car is that the engine was based on the short-deck 301 Pontiac that was bored and stroked 4.15 x 3.58 for 366 cubic inches, which was the limit for the class. This engine was a heavy duty version of the 301 that could be found in late second gen. Firebirds. It utilized 4-bolt main bearings instead of the two-bolts that were used in the production 301. It used a General Kinetics roller cam and breakerless ignition system. The heads were not the production siamesed 301 heads. These were basically Ram Air IV heads that were machined and massaged to be used on the low-deck block. Fuel-injection system and a dry-sump oiling system was also in place. 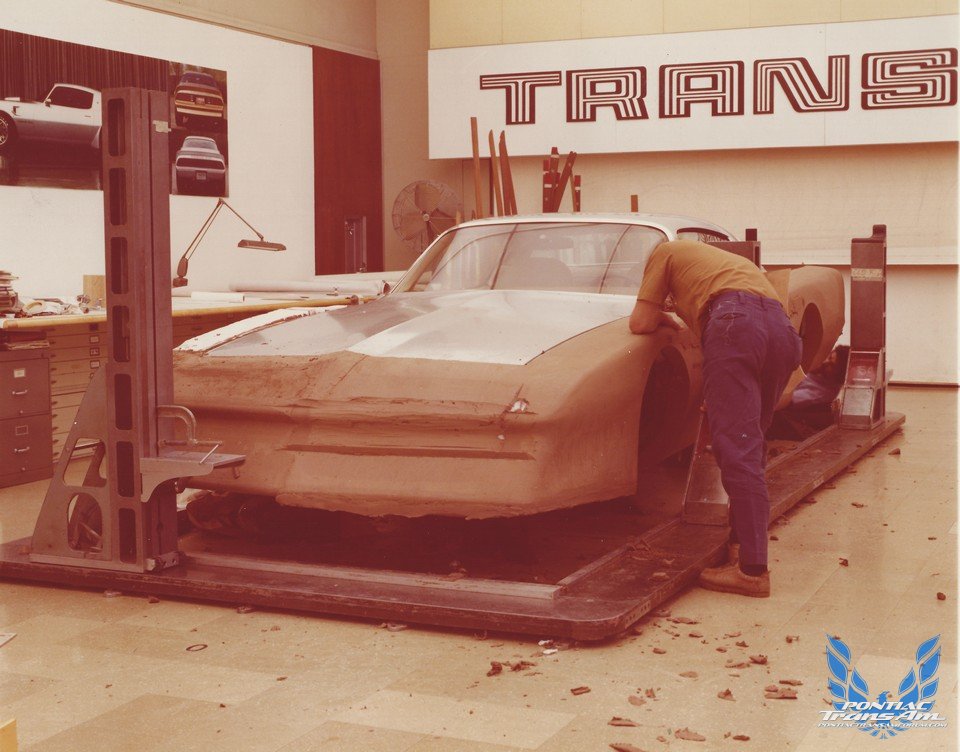 This engine combo was good for 590 bhp @ 7500 rpm and 460 lb-ft torque @ 5000 rpm. Herb could have used a SBC engine in the car, since it was a production offering, but preferred the Pontiac mill due to its power and (his claim) its margin of reliability. This came from an .13 wider bore spacing, which means you can go bigger in a Pontiac without overstressing it as much as the SBC.

Also, as stated previously, the transmission was a Doug Nash 5-speed. The case could be split open to allow for quick gear changes. The rearend was a custom piece that allowed for many changes, including gearing ranging from 3.20 to 4.80:1, using 10% increments.

The roof, windshield, door pillars and the top of the instrument panel were stock production pieces. The rest of the car was basically fiberglass, and the front end could be lifted clear for easy access. 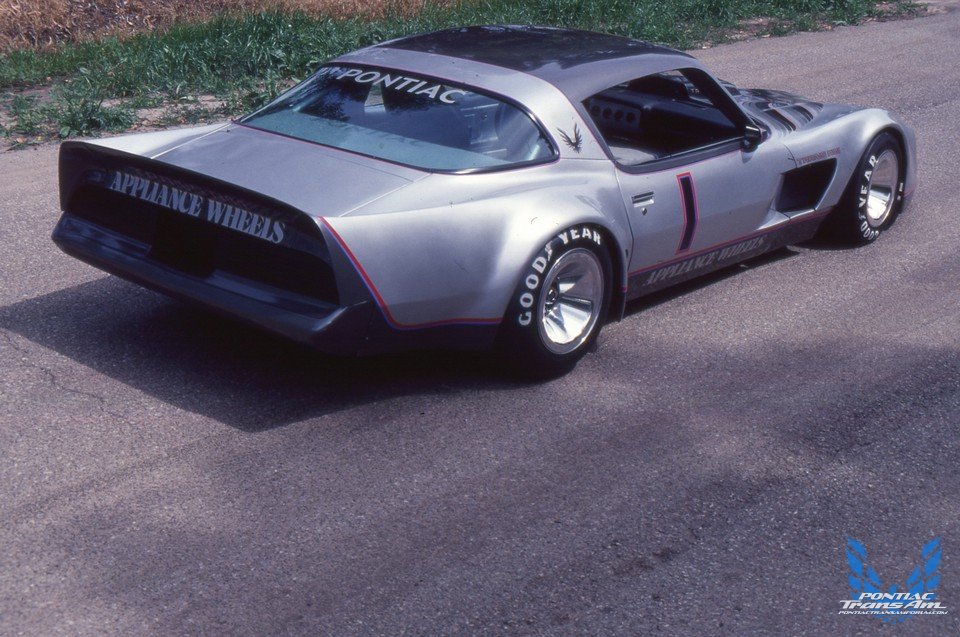 Now for some road test numbers: 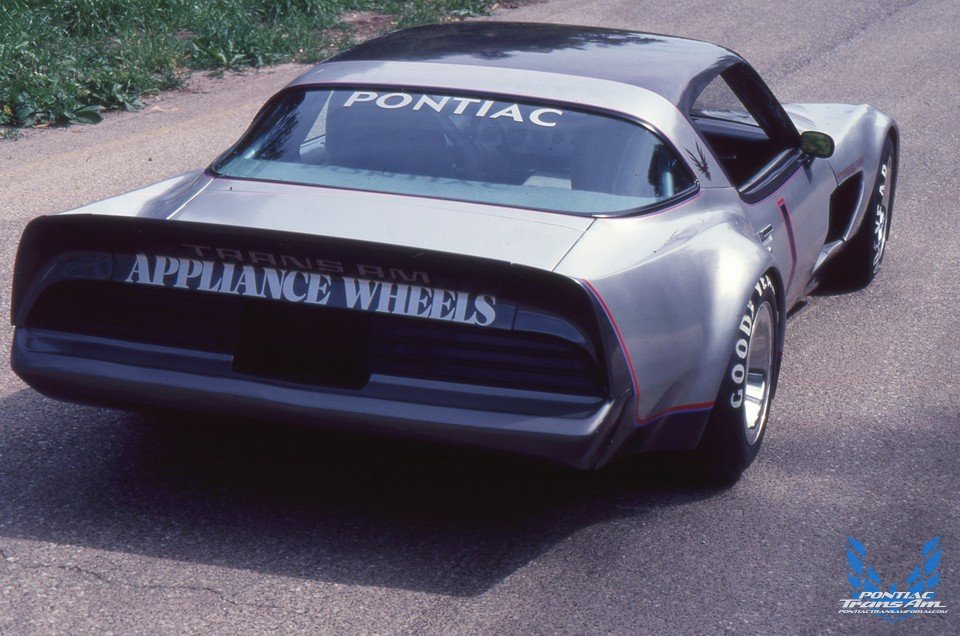 @Trans Am Guru where can we purchase this?
Expand Signature
Snowman, you got your ears on?​
Reactions: CRZTRBO and Knightrider189

Just one ride before I die!
Reactions: Knightrider189 and Pontiac Trans Am

Expand Signature
This T/A WS6 is Factory modified by ASC at the Lachine facility on March 13, 1998 and is
identified/certified to be ASC build #206.
We took delivery from our Pontiac dealer April 7th, 1998.
ASC Factory letter provided from the good people at ASC.
You must log in or register to reply here.
Share:
Facebook Twitter Reddit Pinterest Tumblr WhatsApp Email Link