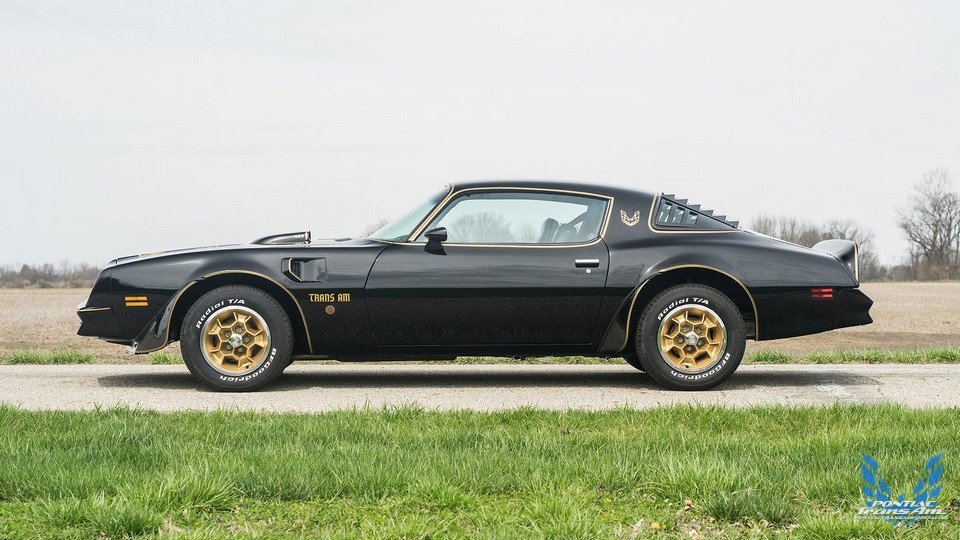 A 50th anniversary is a celebratory milestone no matter the venue, and 1976 marked 50 years of vehicle production for Pontiac. What better way to commemorate the golden feat than with a special version of the Division’s marquee performance model-the Trans Am? Finished in Starlight Black and beautifully accented in gold pinstriping, many consider the Second-Gen Special Edition Trans Am (S/E T/A) to be among the most elegant-appearing Pontiacs ever produced.

Often overshadowed by the ’77 S/E T/A, which gained iconic notoriety from the large-screen hit Smokey and the Bandit, the black-and-gold livery reached production during the ’76 model year. Its heritage, however, traces back to 1973 when Pontiac presented a similarly decorated Trans Am to a General Motors executive. It also doubled as a Division show car at new-auto expos.

The concept for the Special Edition package originated from the black-and-gold Trans Am former Pontiac Design Chief John Schinella created for Vice President of GM Design Bill Mitchell. “Bill Porter pitched the idea of a large hood bird to Mitchell during development of the ’70 model, and he immediately rejected it,” Schinella says. “A few years had passed, and I made a second attempt at it and got it approved for production.”

“Knowing of Mitchell’s love for black-and-gold cars, we took a standard-production ’73 Trans Am and painted it black metalflake with large gold flecks. We added a large gold-foil hood bird and accented it with gold-foil striping and German Gothic lettering. Many other areas, including the wheels, grilles, and headlight bezels were also accented gold. The appearance was very appealing, and Mitchell really liked it.” 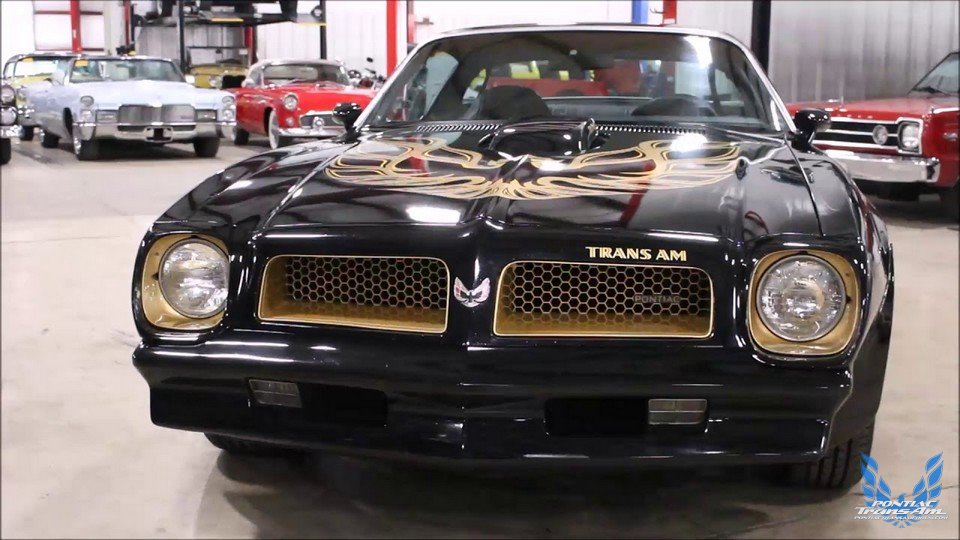 He used the one-off black-and-gold T/A as his personal transportation, but it was campaigned by the Division as a show car, too. “We updated the body to reflect the changes for the ’74 model year and again in 1976,” Schinella says. “Public response while on the show circuit was very positive, and we knew we had something with that paint scheme. We just had to get it into production.”

The ’76 model year signified Pontiac’s 50th year of vehicle production, and the Division commemorated it with two limited-production offerings. The Golden Anniversary Grand Prix featured an exterior finished in Code 55 Anniversary Gold with white accents. The details of that model are outlined in “Pontiac’s Golden Opportunity” (HPP, Sept. ’05). “We saw this as the perfect opportunity to incorporate the black-and-gold appearance package into a limited-production Firebird,” Schinella says. And the Special Edition Trans Am was born.

A Division’s show vehicles typically include unique features that are oftentimes too costly to replicate in production, and Mitchell’s black-and-gold T/A was no exception. “The metalflake black finish was very expensive, and the gold-foil decals wouldn’t likely hold up in the elements. We opted for a Starlight Black exterior and worked with the 3M Corporation to produce gold-colored vinyl decals for the production model,” Schinella says. 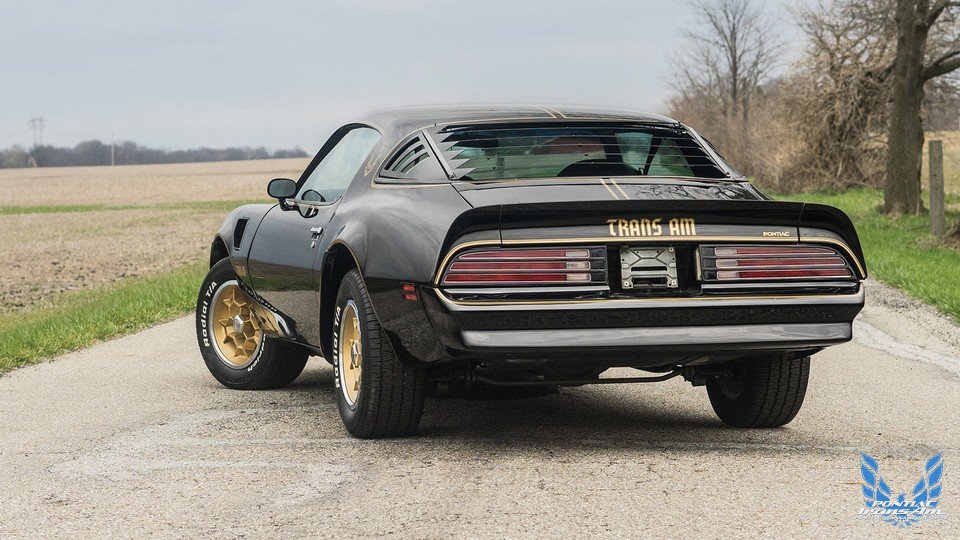 “Engineering didn’t want to include the large hood decal, just the striping, but Jim McDonald, Pontiac’s general manager at the time, saw the show car and felt it should be included. That surely upset the plant workers in Norwood, Ohio, because the hood decal took a great deal of time to install correctly, and it wasn’t done on the standard production line. The decal was actually installed in a dark corner of the plant.”

Removable roof panels were a popular option with consumers, and Hurst Performance in Brighton, Michigan, was one such company that a few General Motors’ divisions had contracted to install its Hurst Hatches into a few models.

“Assistant Chief Engineer Steve Malone went to Hurst Performance to view the modifications required to add Hurst Hatches to the Firebird,” Schinella says. “The roof was literally cut apart with a saw and a structural plate added. It proved not enough, though. The cars leaked badly, and creaking indicated excessive body flex. Most of us in Design and Engineering didn’t care for the idea, but Sales saw it as a moneymaker and chose to move forward with it.”

Initial news of a limited-edition Firebird arrived on February 5, 1976, when Pontiac released an interorganization letter to its zone managers explaining that a “Special Edition Black Trans Am” was forthcoming. It outlined the contents of sales code Y82, which included gold exterior and interior accents, gold-lettered GR70x15 tires, and Hurst Hatches. Package pricing hadn’t been determined at the time of printing, but the letter clearly stated that interior color was limited to black or buckskin (in either standard or custom trim) and that neither Roof Drip- nor Window Sill-moldings were available options. 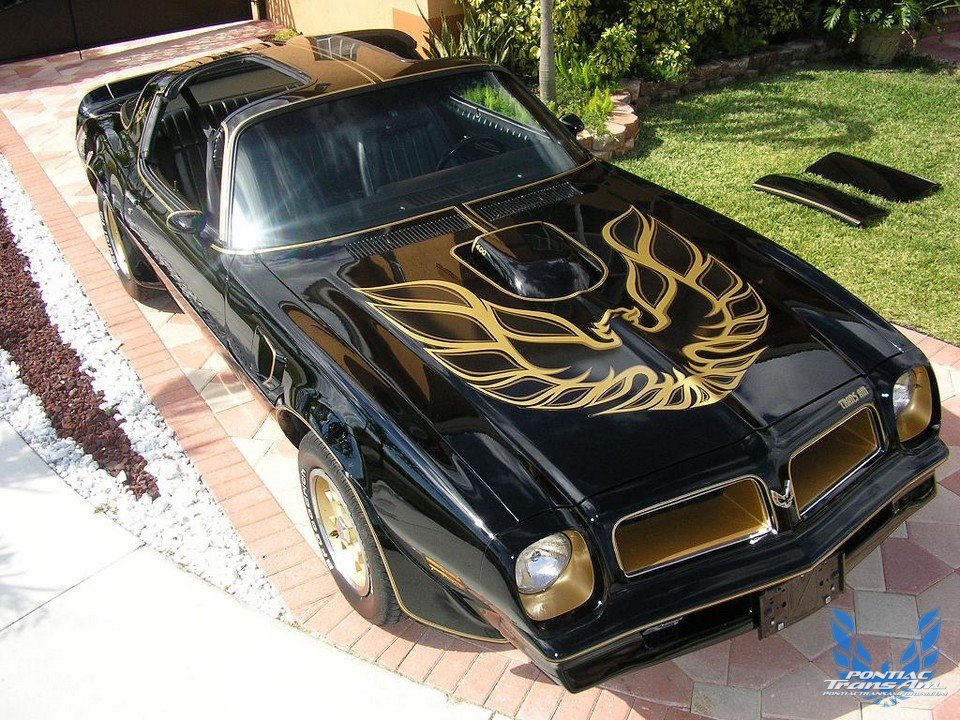 Sales Information Bulletin (SIB) No. 76-22 was released to dealership and media contacts on February 25, 1976, and it included a stunning photograph of the black-and-gold Trans Am (lead photo). The bulletin stated that package cost was approximately $1,100 and that production, which was limited to just 2,400 units, was scheduled to begin on April 1. It added that Hurst Hatches were planned as a regular-production option once S/E T/A buildout was complete.

At least one item dropped from the content list as production neared. Car Distribution Bulletin (CDB) No. 76-F-4 issued on March 4, 1976, stated that gold-lettered tires were a casualty, and that GR70-15 black-wall units were standard with white-lettered tires in the same size available at extra cost. SIB No. 76-26 released on March 25 revealed that production delays prevented Hurst Hatches from becoming a regular-production option, but that they were still planned for S/E models.

According to recorded information, the S/E T/As were built in groups at the Norwood, Ohio, assembly plant. Production began during the last week of March 1976, or 03E as displayed on the third line of the cowl-mounted data plate. This coincides with a VIN containing the last six digits around 561000. 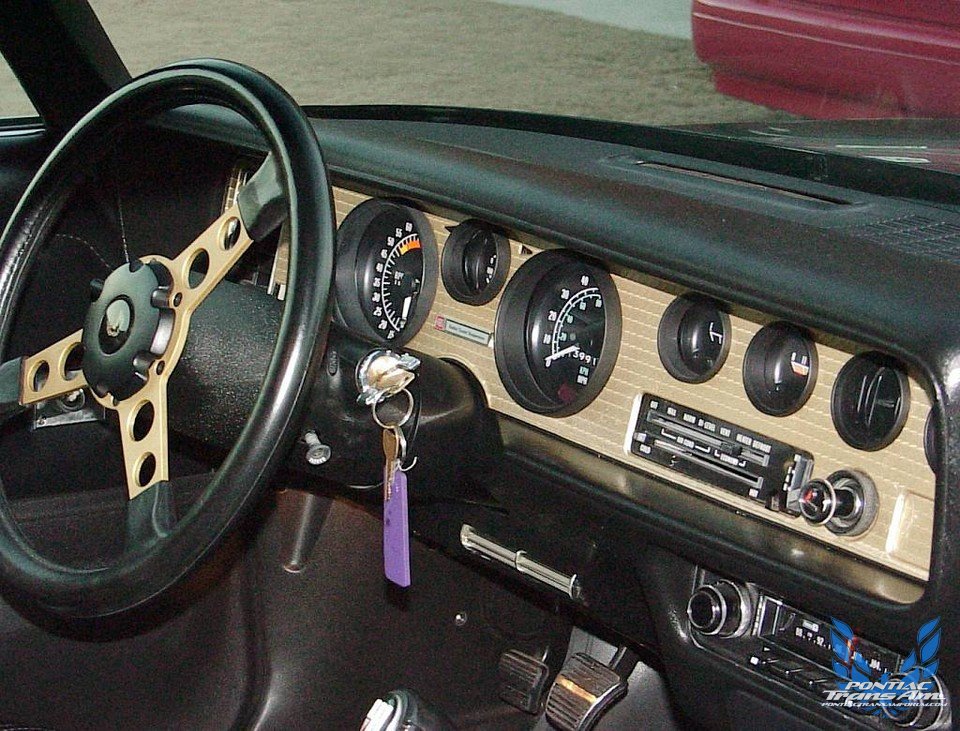 We know from S/E T/A buildsheets that the cars were shipped to Hurst Performance in Brighton, Michigan, for at least a portion of the conversion. In subsequent years, the bare body of Hurst Hatch-equipped Firebirds was first sent to a nearby facility for the roof conversion and then returned to Norwood for normal assembly. It’s presently unclear if the ’76 S/E T/As were handled in a similar manner, or if they were partially completed before being shipped to Hurst for the conversion. It’s also unclear at which plant the gold accent striping was installed.

Hurst Hatches were installed in all S/E T/As built up to and during the first week of May (05A). Hurst Hatch installation was sporadic after that point, which could indicate resounding production issues compounded by the Firebird’s unibody design.

Pontiac employee Dimitri Toth Jr. recalls seeing S/E T/As at the holding lot at Pontiac headquarters. “We heard there were problems with the Hurst Hatches, and I remember several of them being held at the Reliability Garage at Plant 12 to check structural integrity and sealing.” 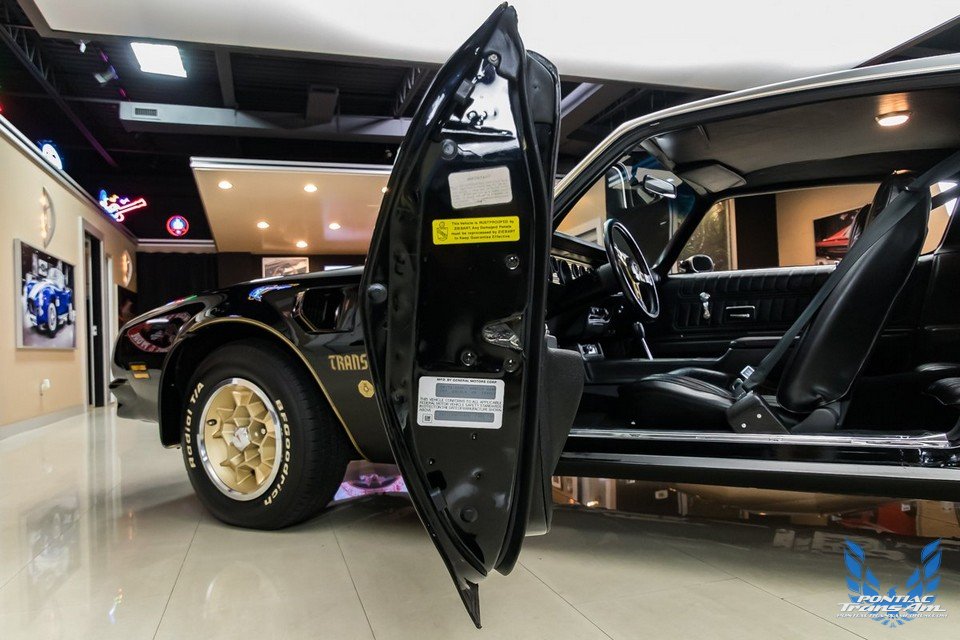 Production issues forced Pontiac to remove Hurst Hatches from the standard-content list of the S/E package during the production run, and most S/E T/As after mid-May retained the traditional hardtop roof design. Buildsheets gathered from these cars reveal that not all were shipped to Hurst Performance, while PHS documentation proves that little time lapsed between its Norwood production date and the date it was shipped to the delivering dealer. 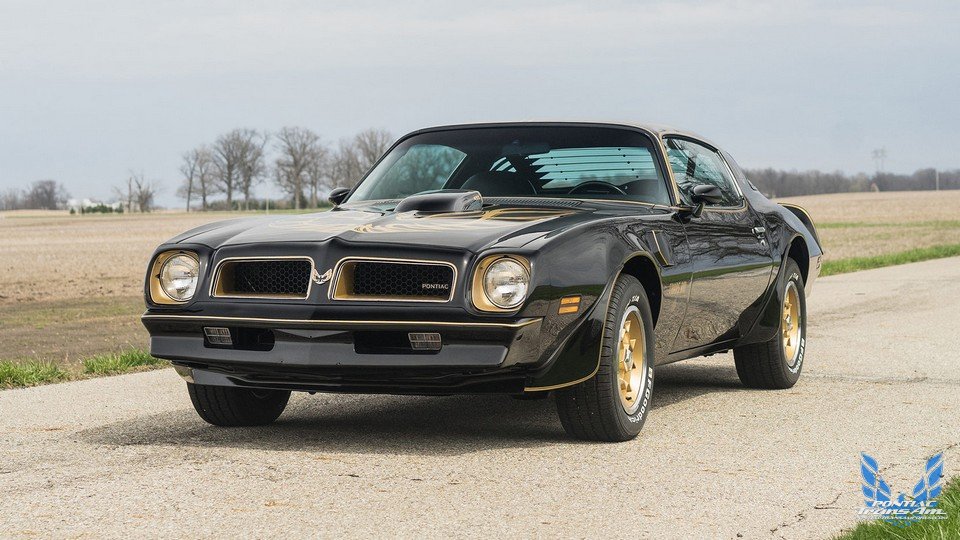 The hobby has seen a sharp increase in the desirability of S/E models in recent years, and much of that can be attributed to the rejuvenated popularity of Smokey and the Bandit. While the ’76 Special Edition Trans Am may be similar in appearance to S/E models that followed, the optional 455, single headlights, and Honeycomb wheels give it distinction, and the limited production numbers add to its collectability. Until now, little was known about the black-and-gold Trans Am that created a phenomenon, but there’s no denying the attraction toward it is as strong today as it was when consumers first laid eyes upon it. 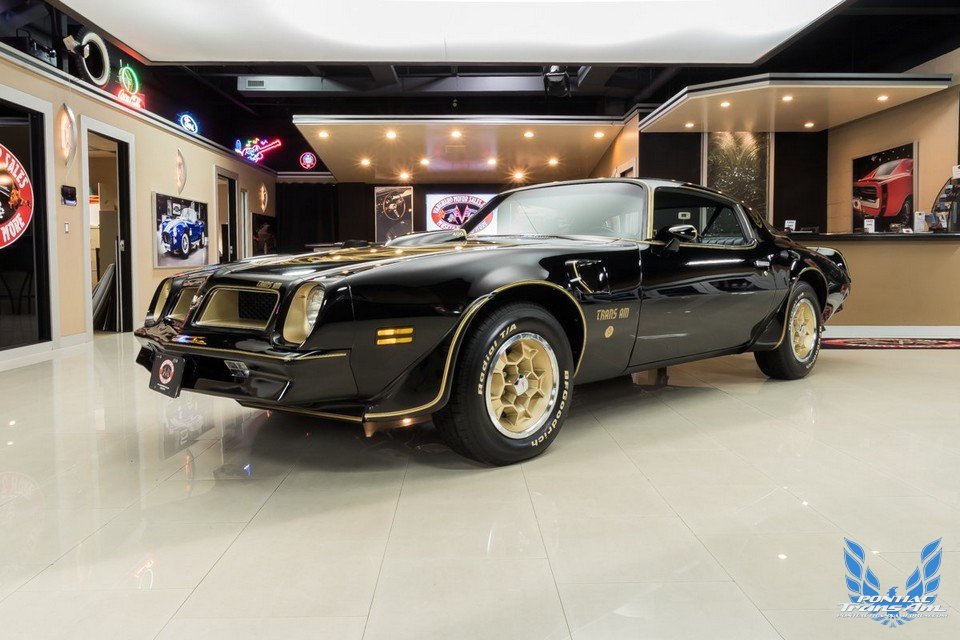 Reactions: Knightrider189 and Pontiac Trans Am